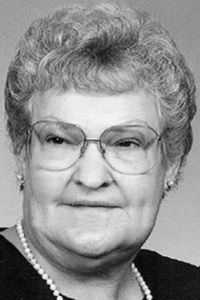 Maggie lived in Champion for the past three years, formerly of Florida and Braceville.
She was a bus driver for Trumbull County Co-op, for more than 20 years, retiring in July 1992.

She was a member of the Austin Village Baptist Church in Warren. She was also a member of the Order of the Eastern Star Chapter 79.
Maggie loved quilting, sewing, cooking, playing games with friends and family, especially cards and dominoes.

She was preceded in death by her parents, her husband, James; a sister, Nannie Meade, and three brothers, Earl, Gene, and Elmer Polly.

She is survived by a daughter, Kimberly and Larry Myers of Warren; two sons, Early and Laura Devenport of Portage, Ind.,
and Dennis and Brenda Devenport of Austintown and eight grandchildren.